The dates for the Contenders Cup have been announced! It is as listed below: 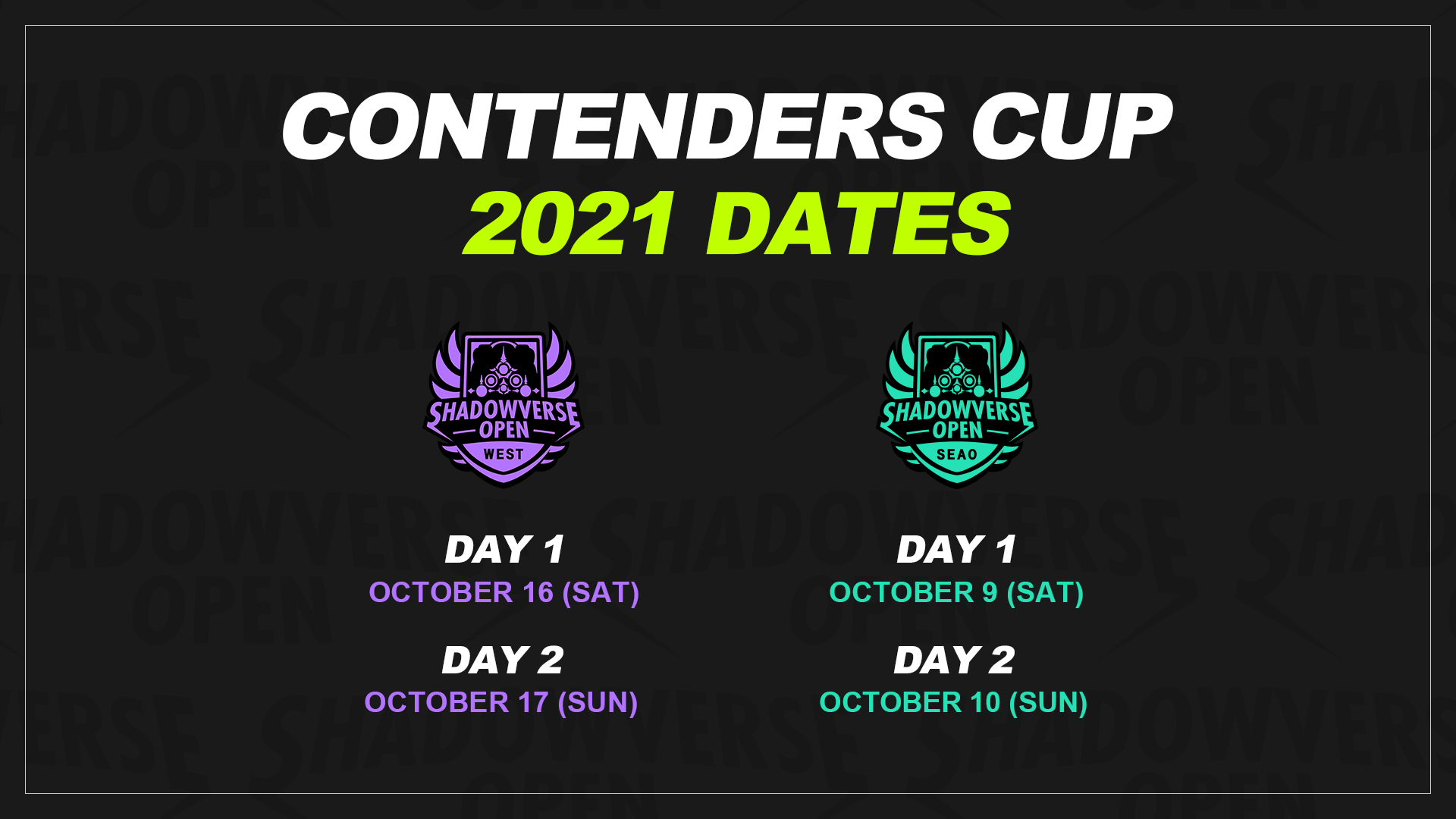 Furthermore, World Grand Prix 2020 qualifiers are also eligible for participation in this year’s Contenders Cup. However, in the case where a WGP 2020 qualifier wins the tournament, the eligibility to participate in WGP 2021 will be transferred to the runner-up.

Shadowverse Open is back for 2021! With a familiar format and a new competitive experience, we’re ready to welcome both newcomers and long-time veterans. Read on to keep yourself in the loop for the new season as it opens in February.

This year’s league is split into two major parts:

The top 2 players across the Monthly Cup leaderboard will automatically qualify for the World Grand Prix.

8 players will qualify for the Contenders Cup, as explained below:

The Monthly Cup champions from the months of March, June, and September will be directly invited to be a part of the 8 qualifying players for the Contender’s Cup in October.

Apart from the 3 direct qualifiers, those who place top 3 to 7 in the League Point leaderboard (accumulated from the Monthly Cups) will also be invited to the Contender’s Cup.

This year’s Monthly Cup is set to begin in February 2021, with the following format:

SVO 2021 will wrap up for the year with one final tournament that highlights the best players from both regions. In the Contenders Cup, qualified players will vie for the one last spot for their region in the Shadowverse World Grand Prix 2021.

After the League Points are tallied at the end of September, 8 qualifying players from each of the WEST and SEAO regions will be invited to their respective Contenders Cup.

The Contenders Cup will adopt a double-elimination bracket, as well as the following format:

Further details for the Contenders Cup will be announced towards the end of the Monthly Cups, so stay tuned.

At the end of the SVO 2021 season, 3 qualified players from each of the WEST and SEAO region will proceed to compete in the Shadowverse World Grand Prix 2021. The top 2 League Point earners and the Contenders Cup champion, alongside players from all over the world, will battle it to prove their worth.
A new season of Shadowverse Open is here for 2021, and we are looking forward to seeing more players joining in on the journey. Continued support and feedback from you has been an integral part of what SVO is today; we’re always aiming to make SVO a top-level esport for the community.
We wish everyone all the best in the coming months, and may the mulligan gods be with you.