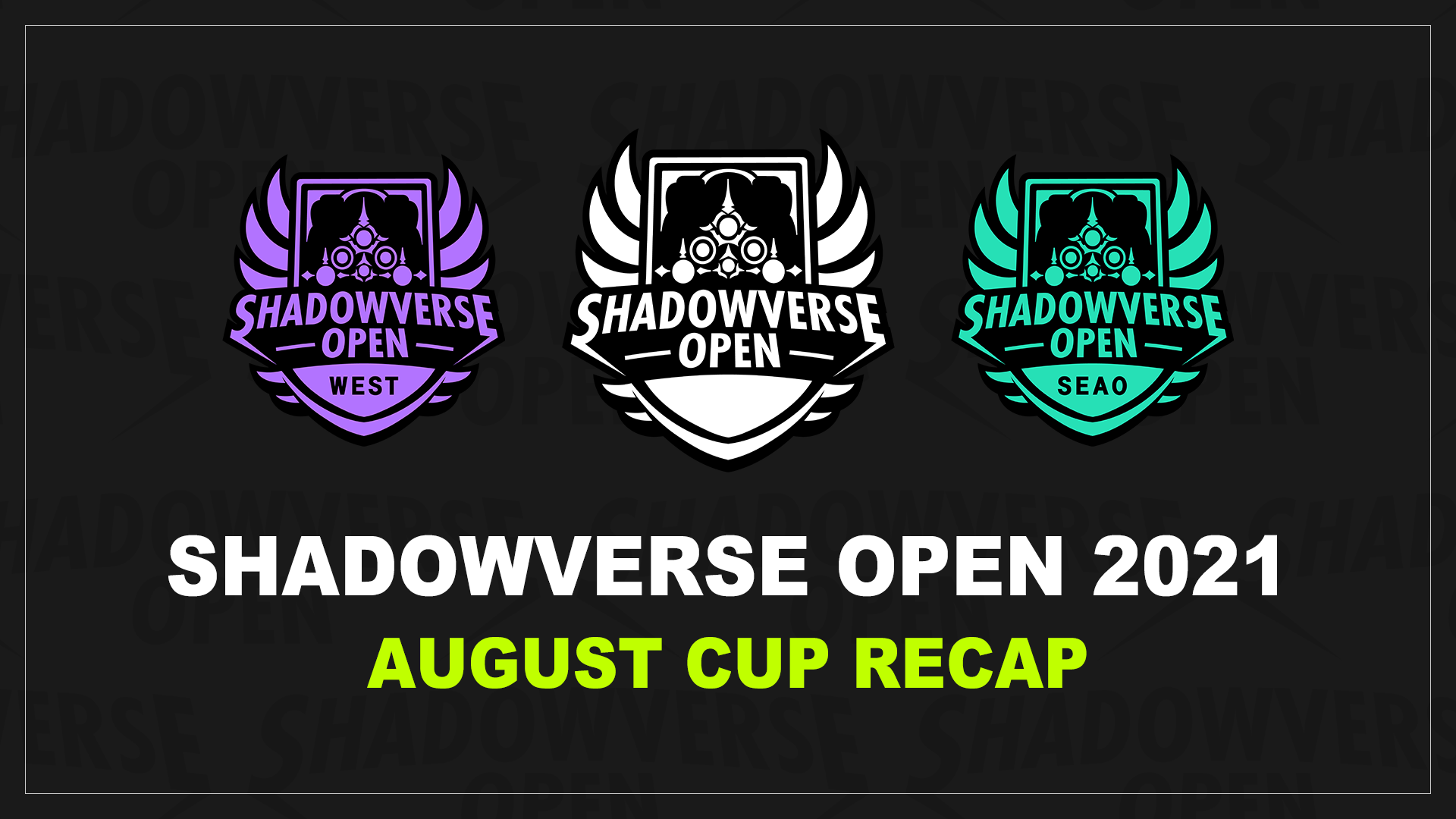 SVO August Cup was a wild and thrilling ride as the top 8 players of the month put on an incredible showcase of skill under pressure. For the past two weekends, players competed to rack up as many league points as possible to climb the ranks and secure their spot at Contenders Cup. In this monthly recap we dive into the neck and neck matchups and all of the exciting highlights of August.

As usual, the top 10 card picks per class are available here.

Got awesome ideas? Share it with us in the #all-feedback channel of the SVO Discord.

After sweeping the competition going 2-0 in quarter-final and semi-final rounds, OSaV from Team Sonar 5 was crowned August Cup Champion! In the suspenseful Grand Finals match, OSaV defeats Tyr from Gallant Tricksters with only a 1HP difference and exact lethal!

The top 8 of this month in the West region showed up and showed out! vapo/Rev and MS Tyguy did not disappoint after ending SVO Day 1 with a clean 7-0. Competitors, GTFreezeBomb and Starlyght made their debut into the top 8, with an impressive 6-1 performance in the swiss rounds.

As of August, Sai/Rev is the current league point leader with 40 points in the bank. August Cup Champion, S5 OSaV made the huge leap into 2nd place with only a 1 point difference from spot number one. SF docdodo, known as one of the most consistent competitors is currently tied at 39 points with OSaV and TS Dulan. Sidi closely trails behind at 38 points, with 4 players tied at 37 points. Next month will be the final chance for players to rise up and secure the top spots on the leaderboard.

Last Words Shadow is here to stay as it was still the most popular class pick rate for both regions. Haven made a surprise comeback with over a 20% increase in class pick rates. This month saw increases in Forescraft and Dragoncraft pick rates, but saw a decline in Runecraft and Portalcraft. Bloodcraft continues to decline in pick rate though it still had a 2.2% pick rate in SVO this month.

Congratulations to Ren from Team Omnibus, August Cup Champion for SEAO! Snatching first place in the top 8 was no easy feat. All of TO | Ren’s matches in the finals saw a game 3 and the final battle ended in an epic 16 damage Ominous Tyrant combo! Catch the Grand Finals here.

Talk about neck-and-neck competition! All but one match-up in the top 8 saw a tie-breaking match. A great amount of stamina and wisdom was needed to power through these high pressure duels, and SEAO did not let us down.

THGB Har3m has consistently grinded to the top 8 of SVOs and currently stands at the top of the leaderboard tied with S5 Bma YOUNG CAT at 40 points. Essia trails closely behind at 37 points, with the next 4 players tied at 36 points. The September Cup will be crucial for all players looking to advance to the Contenders Cup.

For this month, the most popular cards in their respective classes were Gigantic Blossom, Forestclaw Sentinel, Smilecure Priest, and Absolute Tolerance. Gigantic Blossom was also a key pick in July Cup.

Similar to the West region, SEAO saw slight increases in class pick rates for Forestcraft, Dragoncraft, and Havencraft. Runecraft was picked significantly less, while Shadowcraft continues to be the most popular class pick despite a slight decrease compared to July.

As September approaches, players have begun to prepare for the final SVO of 2021. Many matches in both regions will come down to tie-breakers as players fight to climb the ranks in a last effort to continue their 2021 competitive journey. September Cup champion will automatically advance to the Contenders Cup and this is their last chance to make it happen. Who do you think will be crowned Champion? Let us know on Twitter or Discord!

If you are a livestreamer and would like to host SVO on your channel, let us know and we’ll add you to our #SVOWatchParty list. Streamer badges are available for download here.

See you in September, SVO!