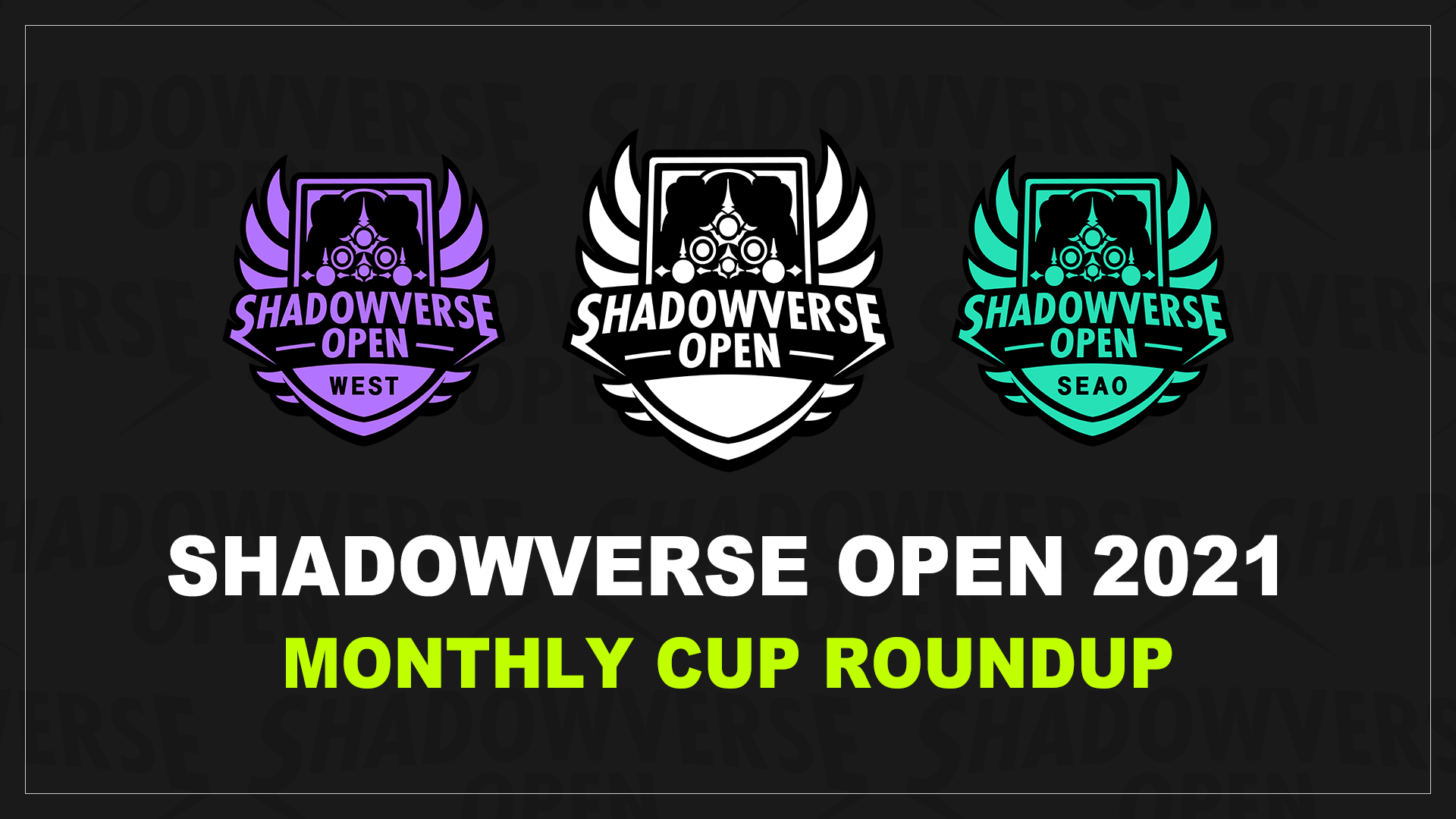 Shadowverse Open 2021 is all wrapped-up now and what an epic season it was! The past two weekends in the Shadowverse gave us thrilling matches as competitors gave their best efforts to secure the Championship in the final SVO of 2021. In this roundup, we look at the players moving on to World Grand Prix and Contenders Cup, and recap the intense battles of September Cup.

Four victors emerged from each of their regions to qualify in the most anticipated competitive Shadowverse event– the World Grand Prix!

In the West, Sai from Team Revelation secured the top spot on the leaderboard with 46 points, followed by SF docdodo from Team Starfall with 43 points.

In SEAO, Bma YOUNG CAT from Sonar 5 topped the league point leaderboard with 49 points, followed by THGB Har3m with 44 points.

All 4 players automatically qualify for the World Grand Prix and will go up against some of the best Shadowverse players in the world in November!

The next big stop for Shadowverse Open esports is here— the Contenders Cup!

With all the Monthly Cups concluded, congratulations are in order for the eight Contenders Cup Qualifiers from each region!

In the West, seasoned veterans and some fresh faces brought their best decks and big brain strategies to bring them one step closer to the World Grand Prix. These are the eight players competing at Contenders Cup in the West:

Securing a spot in the Contenders Cup in the SEAO region was no easy feat as the leaderboard was filled with players tied in points all throughout the season! The eight players battling it out in Contenders Cup are listed as follows:

Note: If a WGP 2020 qualifier competes in Contenders 2021 and wins they will pass qualifications to the next player.

September Cup Champion, Spaddel surprised many after completely defeating all the competition in the final SVO of the year. This fresh Top 8 player had joined every single SVO this year, and made their debut in the Top 8 of September Cup to win it all! Congratulations to Spaddel on advancing to the Contenders Cup!

During Day 1 of SVO, Light had an impressive 7-0 run, but unfortunately lost the tie-breaking match against Champion, Spaddel in the semi-finals. Special mention goes out to Shadowverse streamer, Melynpie who made their debut appearance in the Top 8. S5 Azure Cloud climbed their way to the Grand Finals and despite going 2nd place, put on quite the impressive display of skill in the finals rounds.

Congratulations to every single player that entered an SVO tournament this year. No matter where you stand on the leaderboard we hope you had good times and learned something new as a Shadowverse Competitor!

Advancing to Contenders Cup in the SEAO region is GT | Hotaru who arose victorious after defeating two of SEAO’s top league point leaders. GT | Hotaru will be competing in October for a chance to secure a spot in the World Grand Prix!

League Point leader, S5 Bma Young Cat had an impressive performance going 2-0 in quarter and semi-final rounds in the Top 8, but unfortunately goes down to the September Cup Champion. The Grand Finalists of Day 2 were the only players in the swiss rounds to finish with a clean 7-0 run, though 12 players finished with 6 wins and only 1 loss.

TS Essia, qualified for Contenders Cup and ended the season with 42 points on the leaderboard followed by TK SadFeeder, Brangwin, ILLUMINA666/REV, and DB Crisome all tied at 41 points with only 3 points away from 2nd in the standings.

As we close the chapter of SVO for the year, our full attention is now on the thrilling competition ahead. Next month’s tournament will determine the top players from West and SEAO for 2021. Who will advance to the Contenders Cup and secure their spot at the World Grand Prix? Stay tuned and check out SVO Twitter or Discord to keep up with all the latest action! See you in October!

We would love to hear how you think we can improve the SVO experience, please take a moment to share your feedback in this survey or in the #all-feedback channel of the SVO Discord.